This is the first time I’ve taken part in a fic exchange, though I’m a long-time reader and writer of Labyrinth fanfiction. I find it a great fandom, mainly because the film itself is suggestive (not just in the trouser department!) without being prescriptive. There are plenty of places to go in Labyrinth fanfiction, and I like reading people’s takes on the characters. I’ve included some general thoughts on the sort of storylines/characterizations I tend to lean towards below – while you’re welcome to bear these in mind don’t feel like you need to slavishly adhere to my preferences. I hope that you find my prompts give you plenty of inspiration!

Jareth
I think Jareth’s key characteristic is his arrogance – as he’s so self-assured, he fails to view Sarah as a sufficient threat. I’m interested in why he’s so arrogant – is it a trait born of circumstance (centuries of interrupted victory) or is it somehow hard-wired into his psyche? I’m relaxed as to how people write Jareth’s origins (if at all – sometimes it’s best if things are left mysterious or implied) – I think having him as a human who assumed a niche, supernatural office is just as good a concept as characterizing him as a proud but fading god. I like Jareth best when he’s dangerous – though he’s multi-faceted in the film, he is clearly delineated as the villain. I like to ask questions about his motivations. Why does he take children? Is he limited to his world or can he enter ours? Perhaps of most interest to the core fanbase of Labyrinth, why is he so interested in Sarah?

Sarah
Sarah is a far more interesting character than she is normally given credit for. Though she is somewhat whiny and spoilt in the film she’s also in possession of many admirable traits – she’s smart, inquisitive and single-minded. Her good qualities become more apparent as the film develops, and its shame that she’s often reduced to the status of a passive, simpering love interest. When Sarah is put in a difficult or awkward situation, I think that should be viewed as an opportunity to bring out her strengths. Sarah may be foolish sometimes but she’s also courageous, and I like to see that played up in stories.

Also important – being brave doesn't necessarily entail kicking butt. Bravery can involve dealing with a stressful, borderline overwhelming experience without completely falling to pieces. While Sarah is brave, she isn’t superhuman – it’s okay for her to show a vulnerable side and to struggle.

Toby
I find the brother/sister dynamic quite interesting, and like to see Toby feature in stories as long as he doesn’t feel like an irrelevance or – far worse – a plot device. If he’s being written as a young child, make sure to consider how a young child would talk and behave – they rarely demonstrate consistent behaviour and will talk and behave very differently from an adult in most situations. Ditto if you’re writing a teenage Toby – is he isolated and vulnerable, or bullish and self-assured? For excellent characterizations of Toby, check out Toby’s Wish by HyborianQueen and Advent by Subtilior.

Other Characters
To be blunt, the other characters in Labyrinth are of limited interest to me. While I love Hoggle, Ludo, Sir Didymus and all the rest none of them really linger in the mind as characters.* Feel free to use them, though I've got to be honest and say that a story chronicling Sir Didymus’s work in keeping the bog free of goblin miscreants would be unlikely to capture my interest.

*Though, having said that, I have seen some stories where the side characters in Labyrinth are written so brilliantly they become positively magnetic. See Silk below to get a feel for what I mean.

Fics to aspire to
I consider these stories the best of the best, so if you want to get a good feel for my taste in Labyrinth fics I recommend checking a few of them out if you haven’t already.

Essentially, avoid pining at all costs. While I'm a mad J/S shipper, I don't view either of them as the pining type (pining=passive) and I certainly don't think they'd have a conventional 'romance.' I think both characters are far too active to pine - Jareth would be seeking her out, Sarah would be focusing on forging her own path in life.

Right, I think that’s more than enough for now! If you are reading this, good luck – I can’t wait to see what you come up with!

I have decided to set my profile to private, seeing how most of my ramblings and eccentricities are most likely only tolerable for the most indulgent events. If you are interested in my streams of consciousness, image choices and - gasp! - writing projects, feel free to send me a friend request.

I have a confession; there are three illustrators in my life. Their names are Kay Nielsen, Arthur Rackham and Edmund Dulac. Today, the latter wins.

Drink Wine: for 'neath the clay in silent gloom
Long shalt thou sleep, with none to share thy tomb;
Reveal this hidden secret unto none -
The wither'd tulip ne'er again will bloom

For now, this is the end.

I was too tired and excited to locate my nightclothes, so I simply stripped down to my T-shirt and went to bed in that. Before drawing the curtains to, I stared out onto the city. I got a good view of the car packed streets, and made out hundreds of tiny, scurrying figures in the light radiated by the huge, high wattage advertisements that were stuck to every significant building for miles. I was glad my window was closed, if it hadn’t been the city would have produced a roar. I had a ridiculous impulse to cite Mister Baum as I looked out, but a yawn warped my face before I had the chance and I went to bed instead.

Mr. Lawrence got his revenge a few months later when he cast me as Hero in the school’s production of Much About Nothing. God, I hated that character. She was wetter than the , and showed a talent for only one thing: fainting. By the end of rehearsals I would have willingly put my hands around my own neck and squeezed to spare myself having to say another one of her lines.

An economy of images this time, but the included images are very important to the story. I will warn now, I can never please myself so the wording is likely to change slightly when the final, final edits are posted.

I could visualize Ophelia effortlessly: she was being borne to her grave by the gentle flow of a sun-flecked river.  Brightly colored blossoms were clutched loosely in one of her beautifully formed hands, and the fingers of the other broke through the water’s surface, feebly trying to stop themselves being submerged. Her lovely ashen face was surrounded by a halo of wispy chestnut curls which bounced delicately on the surface of the water. Her face was frozen in an expression of absolute despair.  Her pale, blue lips were parted slightly but I could tell her mouth had produced a gasp, not a word. Cold, bitter grief had smothered her voice. The scene was astonishingly vivid, as if I had recently witnessed Ophelia’s lonely, quiet death from the bank of the river and passed an account of it onto Shakespeare.

I have recently become extremely obsessed with an anime called Blood+, which is bad because I need to be working and should not be humouring my obsession by watching a 50 episode long anime...

Anyway, chapter five. Lots of photos this time. I will warn in advance that there won't be any more pictures posts for the stage of the story where Sarah enters fantasy land...

So, chapter five. The first picture is dedicatded to misofuhni, for painstakingly talking me through the popular culture of the eighties.

Once every mark of the old, immature Sarah had been banished to the attic, I reformed myself, becoming a normal, inoffensively-rebellious girl. I brought posters of rock stars and teen idols to stick to my wall, listening to their music on the radio and renting their films. I soon knew all about Bon Jovi and dutifully purchased their singles, playing them at full volume in my room. Tom Cruise’s dully handsome face swiftly became familiar, and I had soon seen all of the films of his they had at the rental store in town. Irene poked her head through the doorway when I was watching one of them, sweetly asking if I would like a snack. She was thrilled by my efforts; her step-daughter was finally displaying telltale signs of normality.

Howdy folks, here is the photo (and, in this case, video) dump for chapter four.

I felt sad when Dad left, vulnerable and exposed. I remembered the time I caught the flu when I was seven. Dad had had to go to work so he had asked Nana and Granddad to come and take care of me. I had hated him for leaving me. His abandonment of me had made me feel unwanted and unloved; I managed to convince myself he preferred his miserable old clients to me, his sweet, lovable little girl. I was open about my misery. I wept into my pillow. I screamed and wailed and kicked when Nana tried to comfort me. In fact, I refused to calm down at all until I was presented with a huge bag of sweets; I sucked on them continuously for hours. I chewed them silently; the only sound in my room was the obnoxious clicking noise produced whenever a sweet knocked against my teeth.

For this chapter, I'm going for a minimalistic approach. Two photos and more writing: 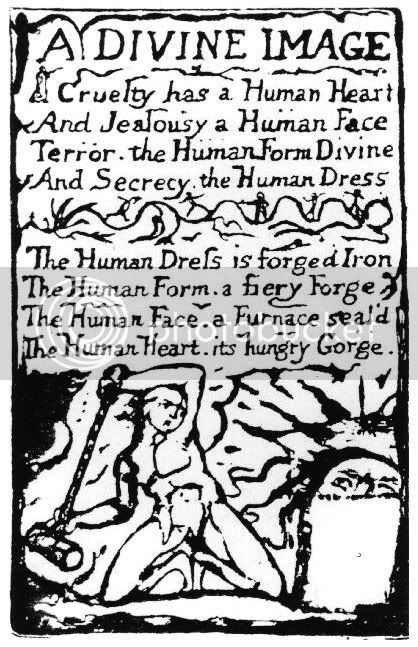 I’ll never forget following Nana around the house as she took every image of my mother off display, moving from room to room methodically, only pausing when she came across a photo of the runaway Mrs. Williams. She would pick the photo up and drop into the large, black bag she was dragging along behind her. I asked her what she was doing, I asked again and again, but she didn’t speak. I was never told why all the photos of my mother were thrown away; I had to puzzle out the truth out for myself.

I hate page breaks, I hate, hate, hate them. Anyway, my internet broke down for the last three days and I have only just got back on. In the meantime, I have received twenty-five emails (admittedly, most of them were junk), confirmation that I have work experience at a television production company next year and more new posts in my forums than I have time to read.

Sometimes, I can't help but think how terrifying dependence on the internet is.

Before I started writing this again I was re-reading a memoir by one of Jareth’s aunts, I am halfway through the chapter the deals with her marriage to a man two thousand years her senior. She was an extremely malicious person, and spent a great deal of the passage describing the plans for revenge she was finalizing as she walked down the aisle. When I read her story, I am never sure whether I should be amused or disturbed.